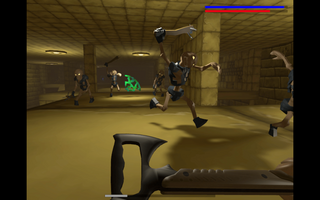 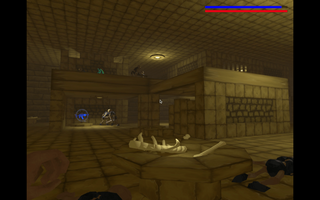 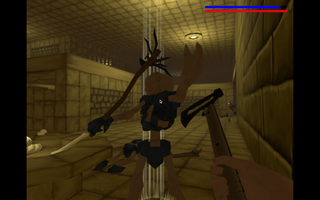 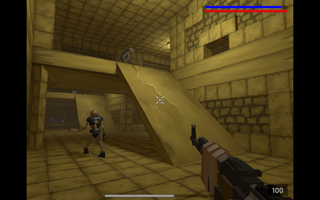 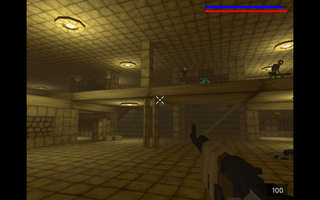 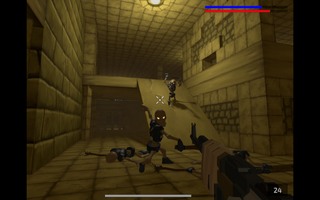 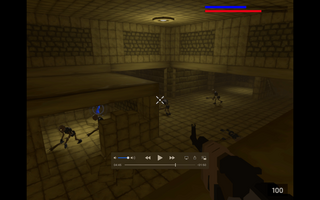 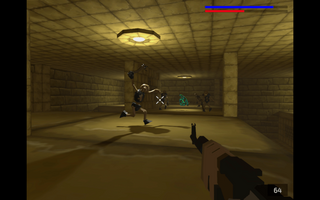 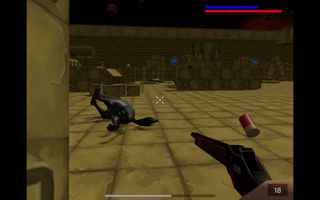 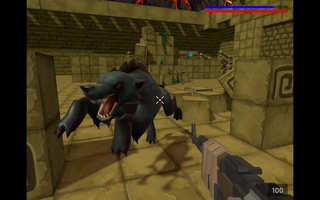 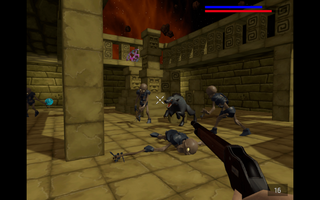 Progress on Temple of Darkness has been a bit slower than anticipated, partly because of a lot of relocating, partly because I've been involved in a number of other projects. But I've been adding quite a lot of features/content since the last update, so a new upload was overdue. Here you have it, go to the main game page and download the DEV version if you'd like to check it out.

The main changes are a new section, a new weapon and a new enemy. With a bit more detail...

In the last update I had introduced a new game mechanic: you now have to find pieces of an amulet. Each level has one piece, and when you complete the amulet, you proceed to the next section. So now you have two sections: levels 1-4 (first amulet), and levels 5-8 (second amulet). There will be a third section further on, so stay tuned!

This has been a bit of work, but also a lot of fun. Besides a few coding issues, most of the work has gone to level design. And since levels are procedurally generated, it's required a bit of thinking outside the box. The result so far is not too shabby, you end up getting quite different levels. The new levels are 1-4 (section 1), with an underground theme, trying to give a more claustrophobic/labyrinth feel.

My main goal was to create a strong change when you get to level 5, where section 2 starts (those are the levels from the previous versions). Open space, sky and bigger levels. This gets supported by the new groovy sound track that Sarah has provided. She's written a third track too, but you'll have to wait until section 3 is ready. :)

You'll find this puppy in the second section. Faster than skeletons, it will chase you and keep you on your toes.

Well, in a very old-school, Doom-inspired vein, I've added a shotgun that packs a punch. You'll be able to find it if you get through to section 2, are you game?

I've added a number of fixes and improvements, off the top of my head:

I plan to continue working on this in the next 1-2 months, with the following goals:

Get Temple Of Darkness

Fast-paced, old-school FPS with a twist

This is awesome, nice one!

Thanks! I'm determined to add yet a few more things, but I suspect it'll still take a couple of months.